Roncesvalles to Pamplona is normally tackled over 2 day after the demanding first day crossing the mountains. These 2 stages are gentler as they are mostly downhill leaving the southern foothills of the Pyrenees. For me I was conscious of making it back to France to collect my WV van which was sitting in a campsite in Saint-Jean-Pier-de-Port

I was getting used to the flow of the Camino. Its a bit like a river in that is has its own momentum. People dip in and out in different stages and at different speeds but the course is always forward. This is when you get to meet your fellow pilgrims. Some start early and walk slow others set a faster pace. For me it's a negotiation of obstacles and forward planning 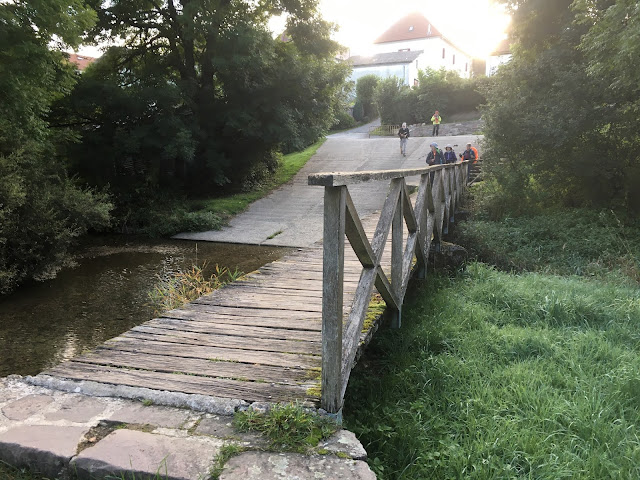 Steps are difficult for me and my wheels. Smaller ones I can descend with a thump, others I need to be off Genny. Sometimes I need another route altogether 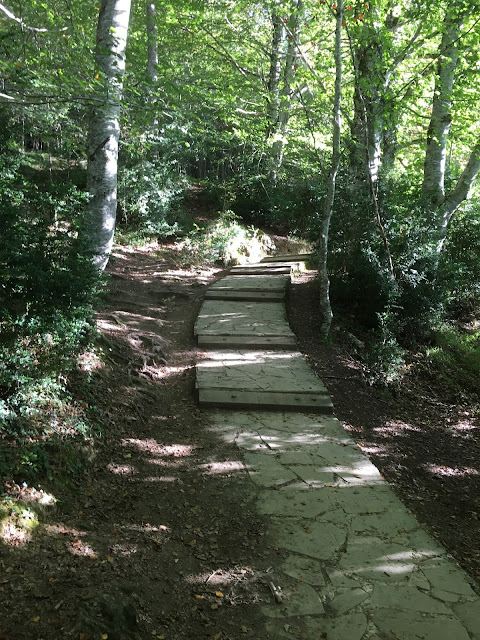 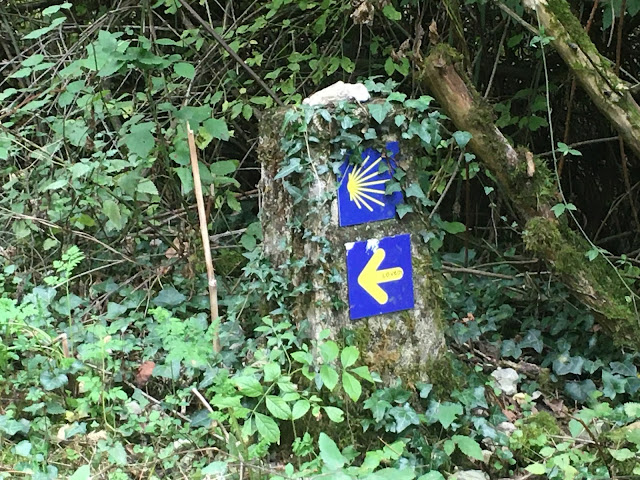 Occasionally there are obstacles that need a bit more thought with a wheelchair that weighs 89kg plus luggage. This fallen tree was passed with the assistance of a cyclist. I would have got over it in the end but I was saying yes to help when it was needed 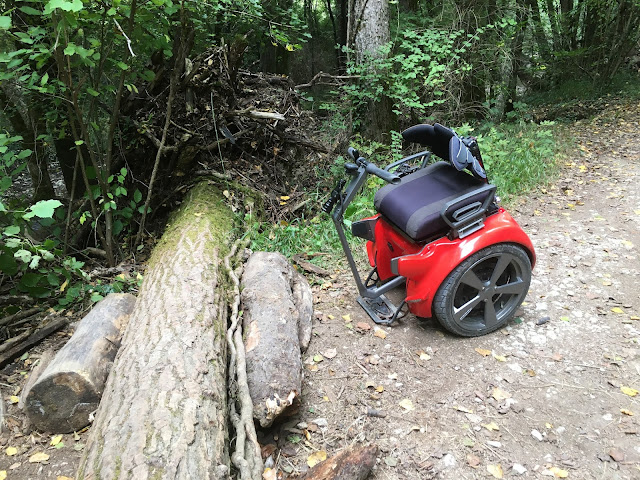 Most of the path was quiet and easy on my wheels and a pleasure. Living on the small Island of Jersey I don't get to experience large woodlands. I would mostly travel in the company of others but on occasion on my own 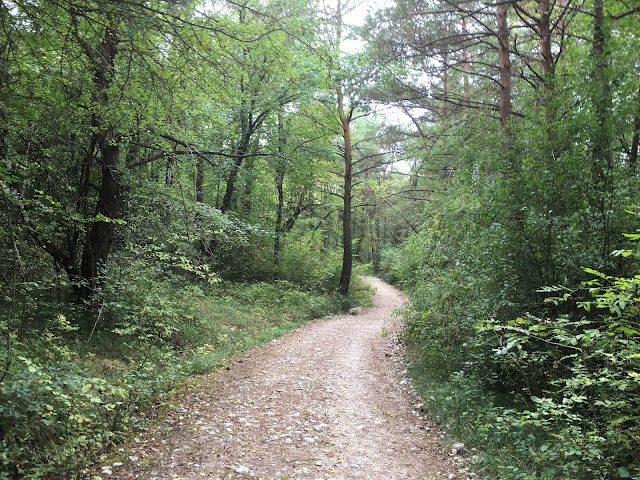 Most pilgrims were stopping in Zubiri, I continued as the weather forecast for the next day was rain and I somehow needed to get back to collect my van. I finally stopped having clocked just shy of 50km on Genny and found an Albergue in the outskirts of Pamploma in an place called Villava where I ate the pilgrims menu that always seemed to include chicken and chips 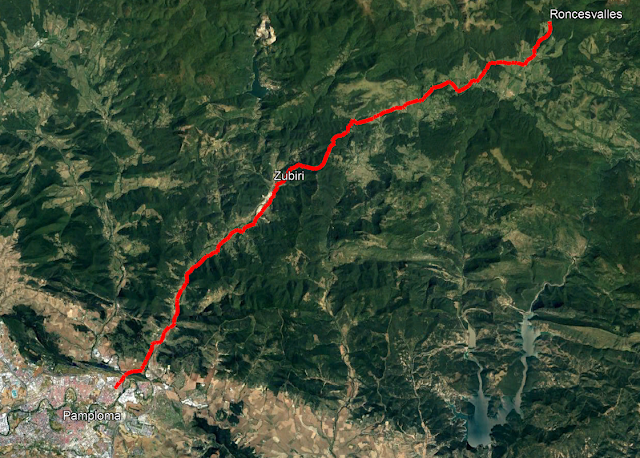 True to the forecast the next day it rained. It was a short damp hop into Pamploma through urban streets looking for a way to get back to Saint-Jean-Pier-de-Port.
Pamploma is meant to be a fine city with loads to do and see. On a damp Sunday in October it was not so inviting. The historic old town would have been great had it not been so wet. I checked out the train station but found the 14:30 direct bus was my best option however they wouldn't guarantee to carry my wheels until the actual driver gave the ok. 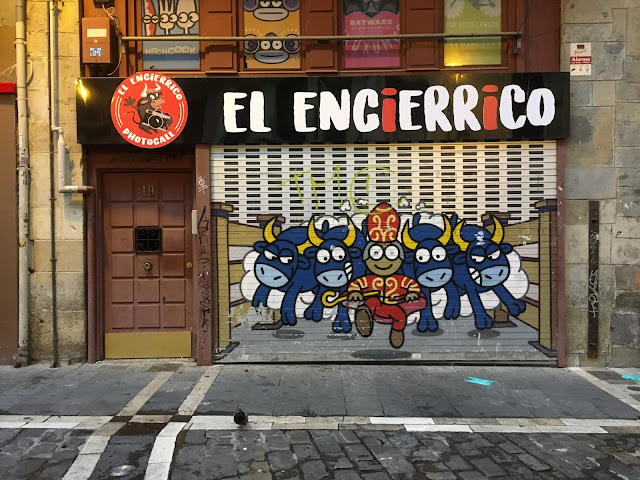 The bus arrived and the driver was delighted to take my wheels in the luggage compartment. It was a 2 hour drive through twisting mountain roads back to France where I spent a night in a damp campsite feeling dejected. I had only been on the Camino for 3 days but I missed it and decided that I would drive to Puente la Reina the next morning leapfrogging to the next stage and track back to align with the cohort I had been journeying with
Posted by David Tipping at 3.10.21 No comments: