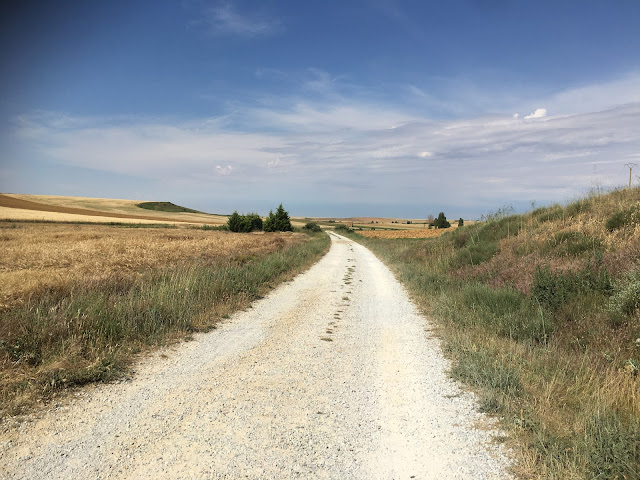 Day 6 of my trip started with the now familiar open agricultural landscape but a slightly shorter journey day. I crossed the halfway point of 395km which in total had taken me 13 days from the start in Saint-Jean-Pier-de-Port to my midway point. I realise this is fast and that the suggested stages in the guide books normally make for a journey of 33 days. Often people take rest days for sightseeing or to recover the feet.

Was I rushing, was I missing out on things, should I slow down?

According to a post on the Camino forum  these "midpoint markers, placed at the Ermita del Puente site right after the medieval bridge over the Valderaduey River. The sculptures were recently unveiled and they are absolutely gorgeous. Two huge statues flanking the Camino, one of Alphonse VI the Brave (1065-1109) - Promoter and Protector of the Way of St. James and on the other side Bernardo de Seriedad (Spanish name; Aeseriac: French)), an Abad considered one of the founders of Sahagún" 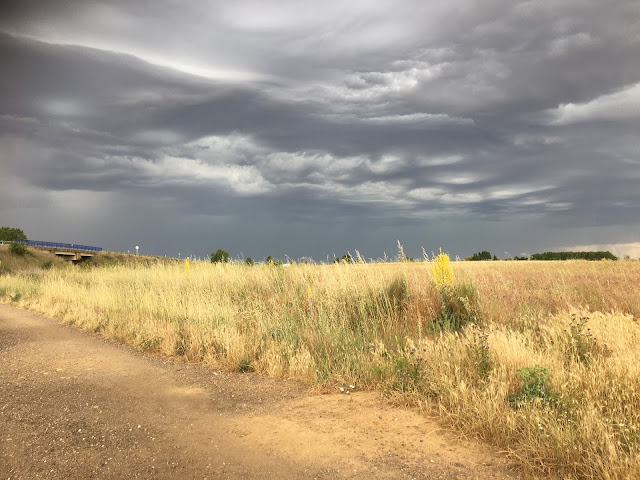 Passing the midpoint the sky suddenly darkened threatening a storm however after just a few raindrops, it disappeared as quickly as it came 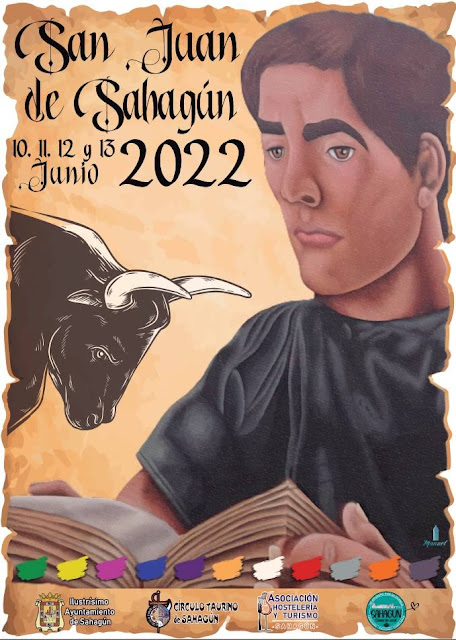 Sahagún was in fiesta. There were many road barriers around the town as I entered then I saw the posters. The event was over 4 days and I had arrived on day two. I stayed at the Municipal Albergue built into the upper floor of the 'Iglesia de la Santísima Trinidad' or Church of the Holy Trinity, which also housed the tourist office on the ground floor
As the evening progressed we had front seat views as a procession of local brass bands accompanied by their entourages, promenaded through the town. Tomorrow night was to be bulls running through the town.
* NEXT
Posted by David Tipping at 11.6.22