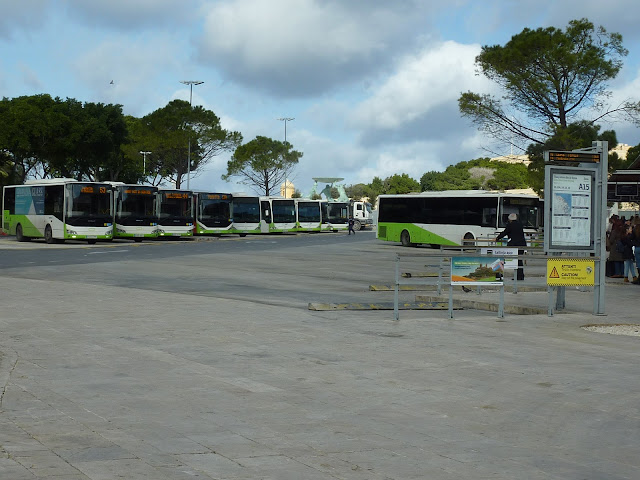 All the public transport busses are able to accommodate wheelchairs with dipping suspension and manual ramps at the front door. There are a number of hop-on hop-off open topped private tours but they seemed to be without ramp access, I could be wrong 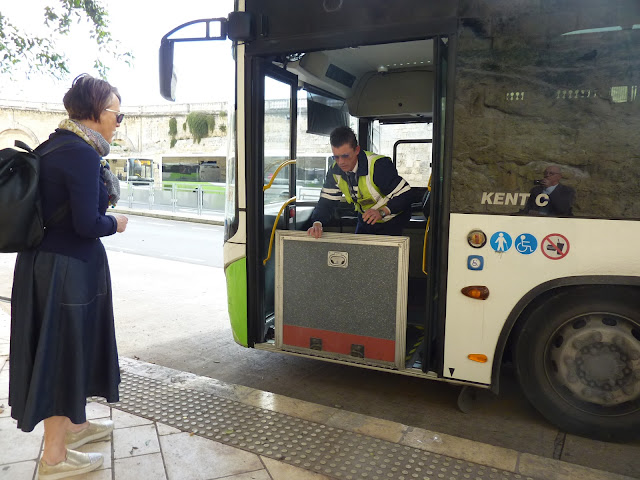 The official websites are slightly contradictory in that they give two definitions for allowed widths. There is also a form that you are directed to fill in that should be followed by a vehicle inspection at the Dept. For Transport in Malta. This should lead to the issue of a permit. I was unable to find the downloadable form and gave up with getting it sorted prior to travel


There are lots of bus routes in Malta and the services are well priced with a flat rate of €1.50 a journey. They are busy and weekly passes are available. I didn't bother looking for the illusive wheelchair permit 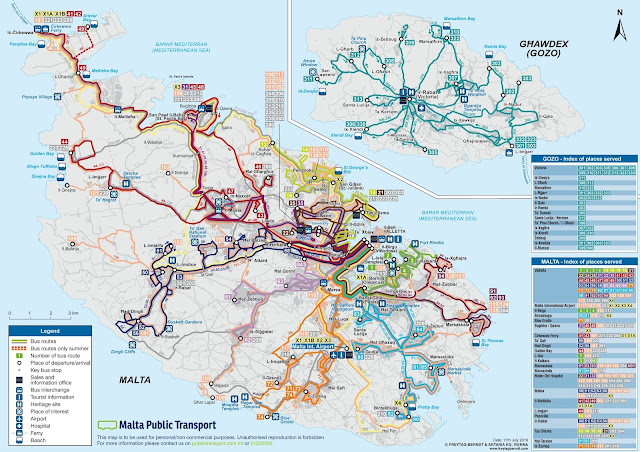 
In practice things did not go so smoothly. The aisle width was enough for my wheels at 63cm but would be tight for bigger chairs but the main issue was a lack of clear understandable practice by some drivers. I was lied to, refused admittance due to a child's buggy using the space and I was released onto a pavement island with no ramp exits. There were very cross drivers who refused to talk or even look at me, then again there were drivers very happy to help who didn't even charge for the ride 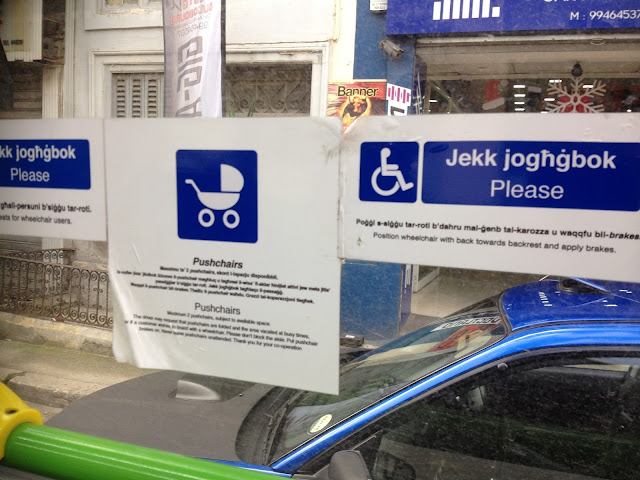 Information stickers were clearly displayed stating that spaces should be prioritised for chair users and that prams and buggies should move to make way. I am slightly uncomfortable getting buggies moved but always try to facilitate sharing space for the safety of all. On one bus they just didn't want me at all


We coped with the busses but it was generally stressful and I wouldn't rely on them getting you to the airport or somewhere requiring punctuality. If I lived in Malta and needed to travel with wheels on the Busses I would be running a campaign to get this sorted.

As just a visitor I would suggest being prepared. Go to the bus stop prior to a busy tourist stop so you will have more room to manoeuvre. Maybe queue on the road as that doesn't make the bus have to be tight to the pavement - you will be better seen but be warned people drive fast in Malta