The route today left the big open agricultural landscapes and climbed into the wooded hills to a height of 1120m. The terrain was a mix of planted conifers and local indigenous oak woodland mainly on clay or stoney soils.

The straight lines of a conifer plantation make for an alien environment where the heavy shade stops everything but hardy grasses and bracken from growing. I was to discover that within 2 weeks of crossing this section,  the path had been closed due to raging wild fires in the area 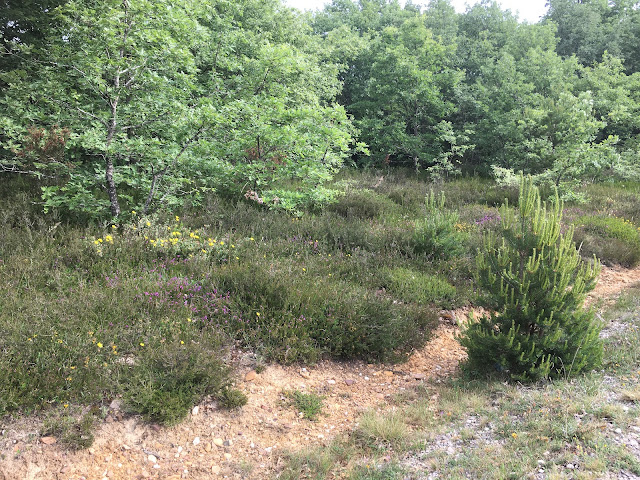 At higher altitudes remnants of the natural upland heath remained in glades. Heather and rock roses bloomed along with the odd orchid. There is a simple monument marking the site of a shallow grave from Spain's the civil war. Its easy to forget that until relatively recently Spain as a large and diverse nation had a very difficult past
The path drops down to San Juan de Ortega where there is an Albergue and small café that was doing good business. I stopped for a homely lunch with a small coincidental meeting of English pilgrims. 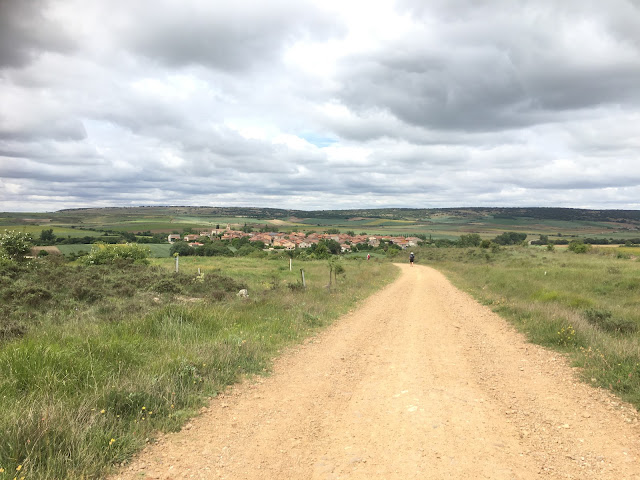 After another short stretch of woodland the path descends into the small villages of Ages and Atapuerca before rising again into a section of path with extremely difficult rocky terrain. Genny can handle most moderately rocky paths but very steep slopes, deep eroded gullies and places where rocks will snag the underside are not easily passable. I have developed a technique of putting Genny into slow mode, depressing the seat whilst guiding from the rear operates with full power as though there is a passenger riding it. This requires lots of practice and good control but this mode can sometimes get you over obstacles that are otherwise impassable 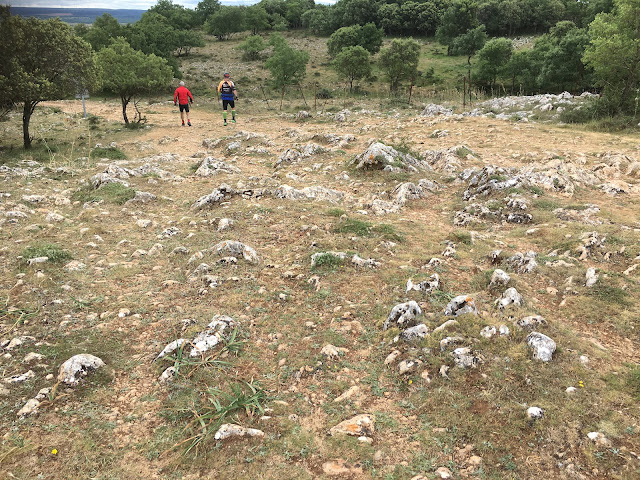 Most of this terrain was negotiable threading between the stones however I was assisted in a few places by helpful cyclists who had resorted to pushing their mountain bikes to the summit. The Cruz de Matagrande sits at altitude 1050m. The following photograph from my sister taken on a bleaker day shows the cross at the summit and the difficult rocky path 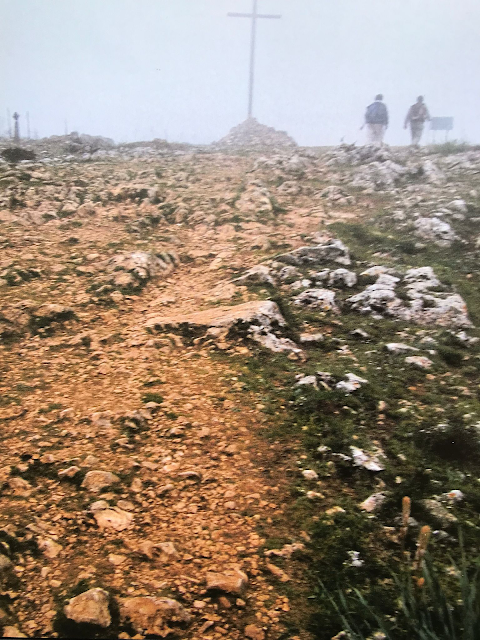 A long ride down the other side leads through woods and fields eventually reaching the suburbs to Burgos.
Burgos is a delightful city. A blend of the ancient alongside wide treelined streets. The city is built on the river 'Rio Arlanzón' and Burgos is a UNESCO world heritage site named as a 'City of Gastronomy'. Ironically it was difficult finding somewhere to eat at a time that suited pilgrims. I risk generalising when I say that the Spanish seem to do most things late. Mornings seem to not happen till 9 ish lunch is 14:00 or 15:00 and people seem to not eat their evening meal at about 22:00 I guess being on the western end of the continent, the sun rises and sets later than the rest of Europe. The smaller villages servicing the Camino are open for coffee if nothing else so maybe its the Camino running in a different time zone altogether.. 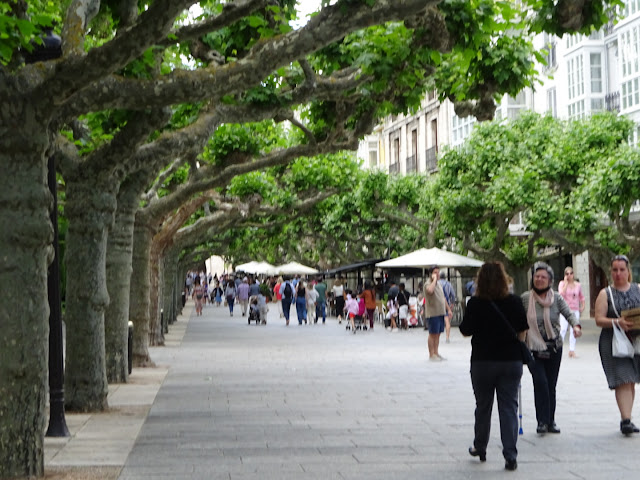 In Burgos I stayed in the Municipal Albergue de peregrinos Casa del Cubo, a big hostel sleeping 150 over several floors. This had excellent disabled facilities including single story beds as opposed to the more frequent bunks.
*NEXT
Posted by David Tipping at 8.6.22