A beautiful day on the Camino in gently rolling fields of wheat and barley. 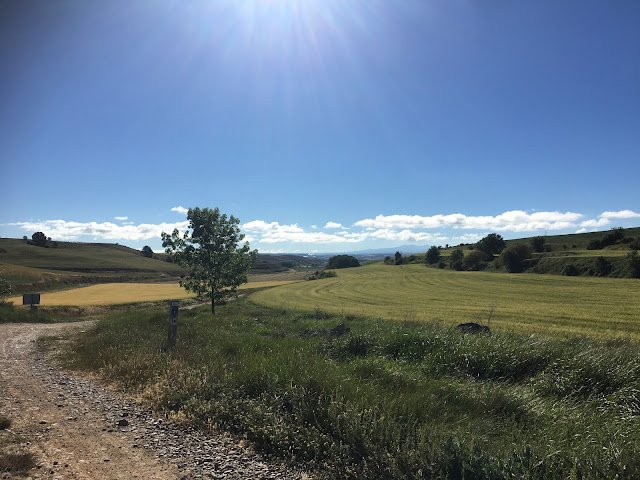 After the small villages of  Villalbilla, Tardajos and Rabé de las Calzadas the path ascends. This is the official start of the Meseta, a high flat plateau dipping into occasional valleys with isolated villages often with houses of adobe construction (bricks made of earth straw and other organic materials) 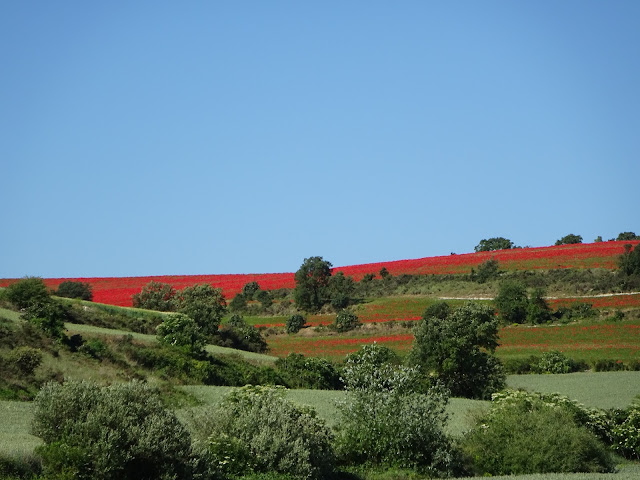 Poppies are an emblematic species and dear to me. A plant with an ancient association to humans, poppies are the source of opium that has been used since prehistoric times for medicine and pleasure. The connection with the first world war where it's seed's capacity to germinate and flower in disturbed soils saw it colonising in landscapes torn apart by war. If those battlefields had looked anything like the riot of colour and beauty of the Camino poppies you can imagine hope entering the world again 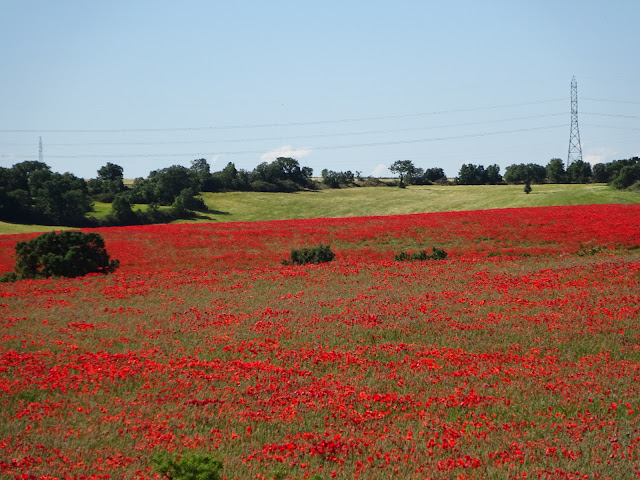 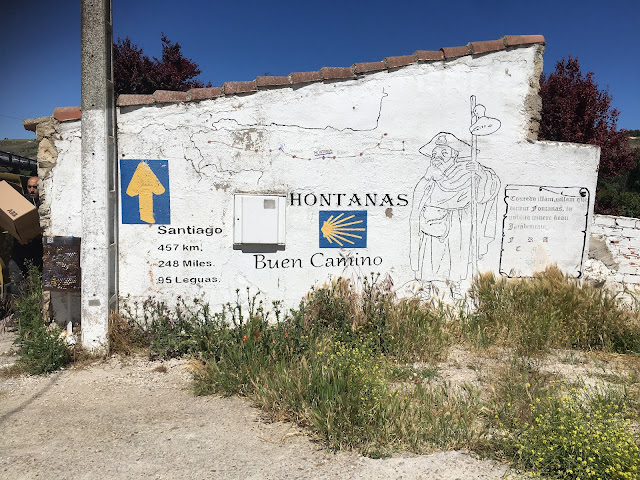 This was to be be along day where I covered 40.4km. I continued beyond San Anton where a small road cuts right through an archway of the now ruined monastery. There was an option to stay in a tiny albergue built into these ruins but didn't provide electricity which I'm dependant on to charge my wheels for the next days travel
My destination for the night was the small town of Castrojeriz built into the hillside beneath a ruined castle. I stayed in the Rosalia Pilgrim Hostal that had good reviews and deserved them. The Rosalia turned out to be a 16th century hostel built over several floors with a covered courtyard where I ate the Pilgrims menu. 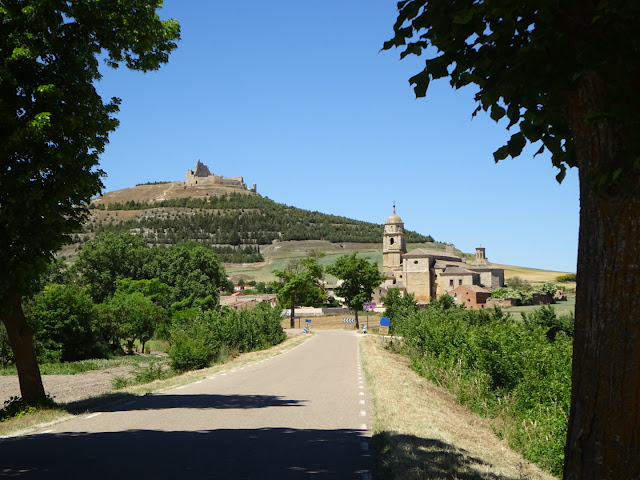 Others staying at the hostel made the the stiff walk up to the castle ruins. I washed and dried my cloths and researched the next days route 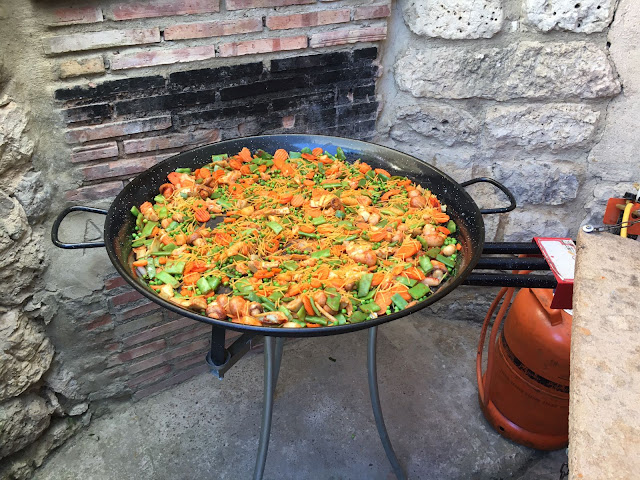 Entry to this Albergue was via a series of steps at the back door which I was helped through by the proprietor. Minor obstacles like this were ever present on the Camino. I do not know how a pilgrim completely dependant on their wheelchair would manage unsupported but for me there were always people to help 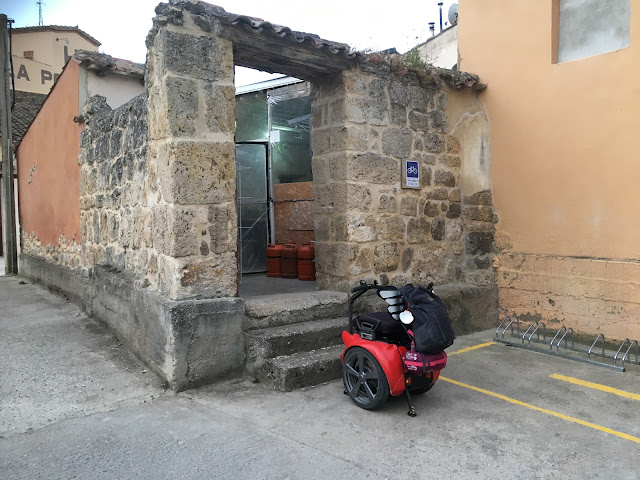