Separating the Genny from the Segway

My Genny Mobility wheelchair was displaying an EO24 error on the infokey. The unit would bleep, vibrate and in 10 seconds the Segway base unit would shutdown

At the time of this post Genny Mobility was in administration leaving my wheels unsupported by the manufacturer. In addition the chair I had purchased second hand was out of guarantee so I decided it could do me no harm to make my own repairs. Investigations HERE informed me that the EO24 issue was actually a fault with the main Segway base unit that the Genny Mobility chair is built onto. Contacting Segway UK they were fantastic and more than happy for me to return the unit for repair but didn’t want to be involved in the Genny side of things

The following instructions detail how to separate the Genny from the Segway. You will need a good set of allen keys and some Torx drivers as well as both an 8mm and 13mm spanners or sockets. This repair was relatively straight forward however you do this at your own risk, only you know your competence. If you are at all hesitant to make these repairs I would suggest looking for a repair agent or just someone mechanically able who would be willing to take this on.

1. With the Genny switched on at the infokey, briefly press down on the seat to activate riderless balance mode and raise the legs. Shut down the unit from the infokey off button with the legs up


2. Pull off the seat and remove the 4 screws holding the seat base platform and disconnect the wire at the back for the tail light in the backrest. I have removed parts of the backrest as well but this is not necessary. Remove the side covers which are secured by 4 allen screws each, disconnect the connections for the front lights

3. Remove both the front and back covers each held in place by 4 screws. The back cover has nuts behind the screws and are a bit of a fiddle. The nuts take an 8mm spanner. You can leave the lower back cover in place. Some of these pictures show the legs down but it is better to do these procedures with the legs up. My pictures were taken as I rebuilt the unit rather than disassembling it 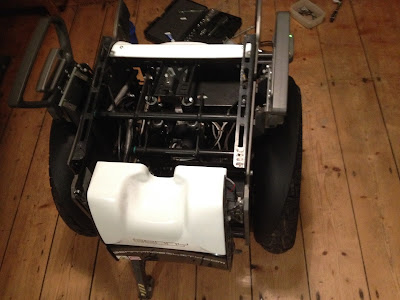 4. Pull the mains plug from the back of the Segway and I also removed the positive lead from the 12 volt battery as marked in the image. Remove both Segway batteries from underneath with the 4 allen screws per battery 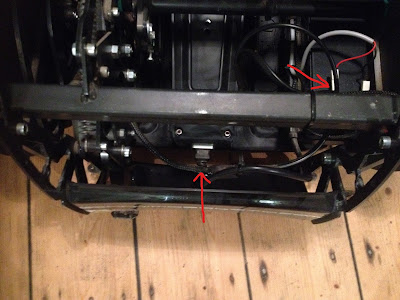 5. I have added some cable-ties to keep things in place – see following picture. Without being secured the actuator that is moved when the seat is down can pop out dropping springs and washers. A piece of string would also work. The second cable-tie holds the wires from additional tail lights that I have on my Genny. We will be putting Genny on its side 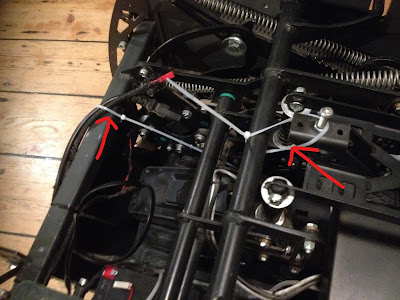 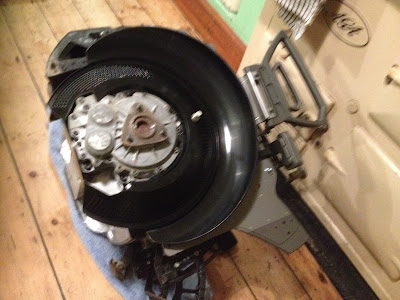 7. With the wheels and mudguards off and back upright again it is necessary to remove the plug from the bottom of the Genny control board cover. It is the silver plug and removed by unscrewing it 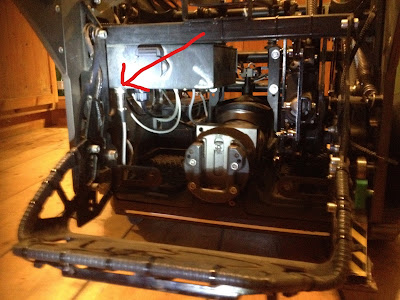 8. Next job is to separate the Genny from the Segway which is held together by just 2 screws. The screws are the long screws either side and underneath the side handles - see following picture. Note the sensor above the right hand gearbox that was on the end of the wire and plug you just removed 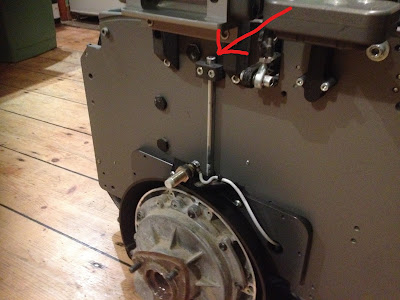 9. I was able to separate the Genny from the Segway with relative ease but I would recommend getting help with this. The Genny frame is constructed within 2 thick aluminium plates that key into smaller aluminium plates bolted to the inside of the gearboxes on the Segway base. A person on either side lifting the frame by the handles would ease separating the units. If they don’t go with ease try flexing things or rocking it back and forth. The following picture shows the Genny lifted from the Segway and placed in front 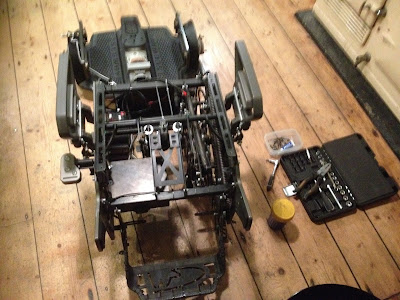 10. To send the Segway off for repair I tried to remove everything that was not Segway. The first part to remove was the Genny adaptor that fits the leansteer. This comes off by removing the bolt as shown below. Note the aluminium plates bolted to the Segway gearboxes in the second picture 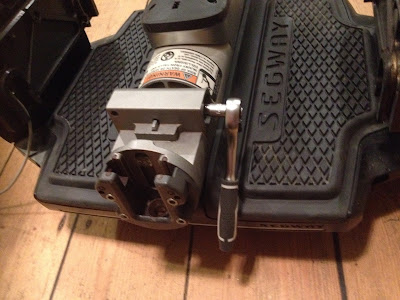 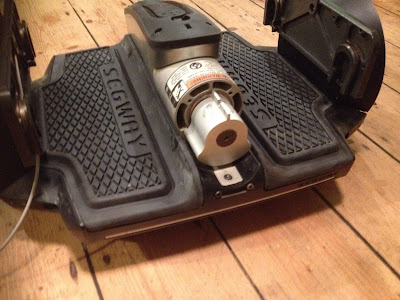 11. So now the footpads pull off and the keyed aluminium side plates which are held on with 3 torx bolts. This also frees the Segway black plastic gearbox covers. Note how the wire to the wheel sensor is threaded through a hole in the right-hand aluminium keyed plate 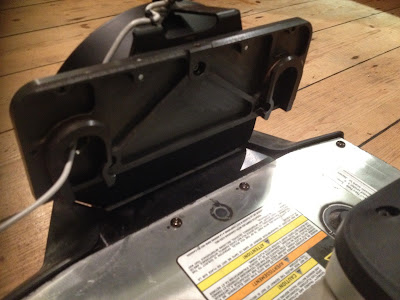 12. This leaves only the core Segway base unit that can be returned for repair. If this is to be posted to Segway they will want the serial number which is on the back right-hand side of the Segway as well as on the infokey. All boxed up the base unit will weigh 25kg – 30kg depending on how you pack it 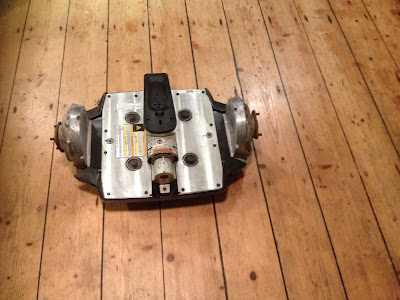 13. Putting it back together is the reverse of these procedures. I would advise applying locktight on all of the structural bolts holding things together. Mine went back together in about 2 hours with ease

If you have any questions please send me a comment and I will do my best to assist. If you have other fault repairing experiences that you think may help other Genny Mobility wheelchair users now unsupported by the manufacturer, please let me know and they can be added to this site