Saint-Jean-Pied-de-Port is the small French town where pilgrimage routes from across North Western Europe converge, prior to crossing the Pyrenean foothills into Spain on route to Santiago de Compostela. Both the French Way (Camino Francés) and the Routes of Northern Spain are listed as UNESCO World Heritage sites


This small town is on the river Nive and is only 8km from the Spanish border. It is the gateway to the Roncevaux Pass and the last stop before the arduous mountain crossing at over 1,000m

Pilgrims across the centuries have entered through La Porte Notre-Dame before crossing the river to the rue de d'Espagne. There has been a bridge here since at lease the 14th century 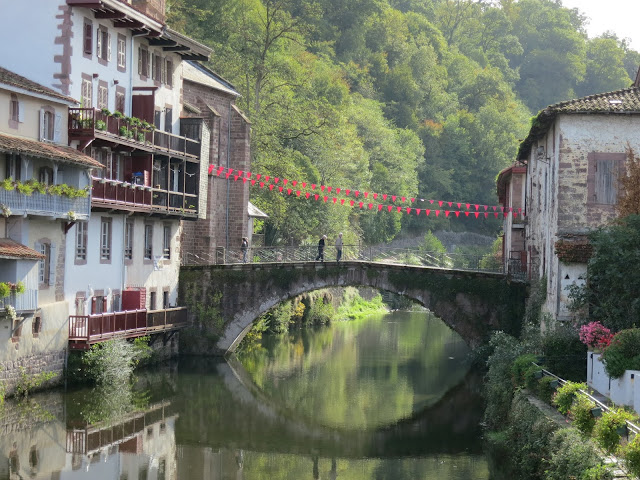 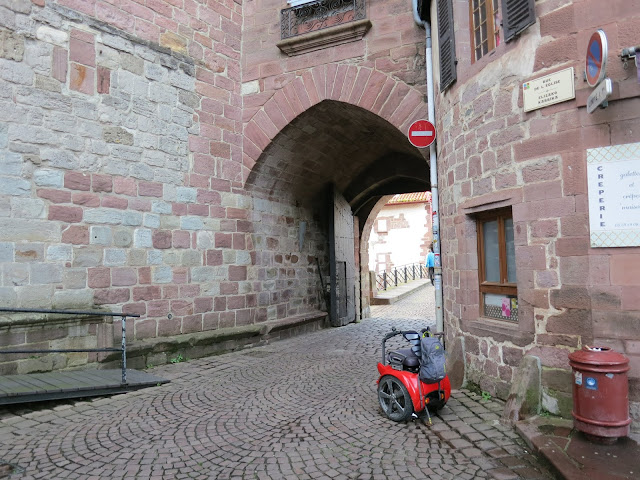 Genny at La Porte Notre-Dame immediately before the bridge 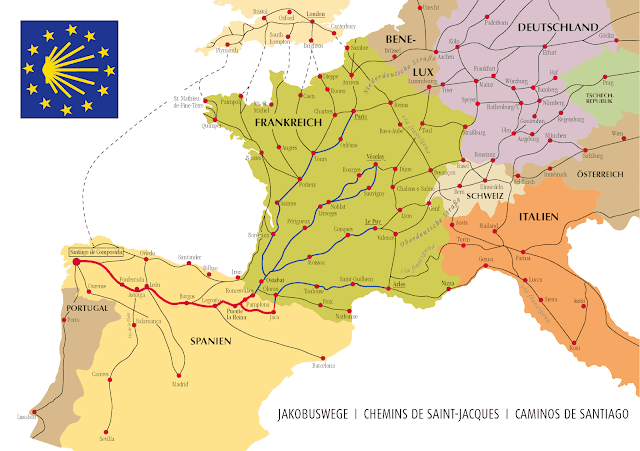