I first discovered this looking around on Google Earth and today I visited the Étang de Montady. This was originally a wetland that was drained by monks in the 13th century. I tried to get to the very middle but was completely defeated by a train line and the Canal du Midi which can both be seen in the bottom right of the image 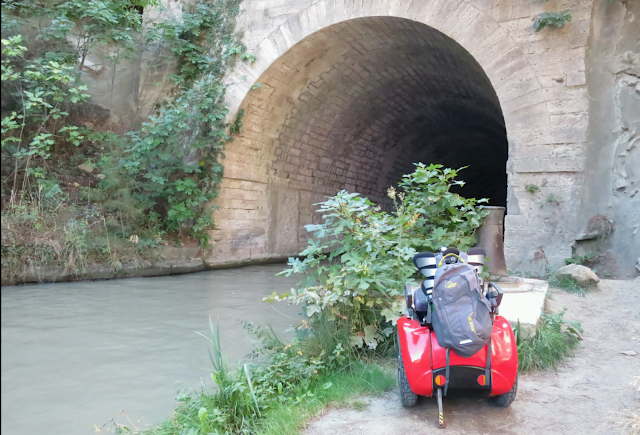 The Tunnel was excavated in 1679 and was Europe's first navigable tunnel. It is 165m long and passes through the same hill that was tunneled by the monks in order to drain the Étang de Montady. In the nineteenth century, a third tunnel was excavated, passing through the Hill d'Ensérune beneath the Malpas tunnel to house the railway.
Posted by David Tipping at 1.10.19